Bitcoin tumbled more than 10 percent over the weekend to its lowest in two months, after Coinrail, a relatively small South Korean cryptocurrency exchange, tweeted over the weekend that it was hacked and noted that lesser-known cryptocurrencies such as Pundi X were among those affected. The decline followed a report on Friday from The Wall Street Journal that U.S. regulators are investigating potential price manipulation at four major cryptocurrency exchanges. 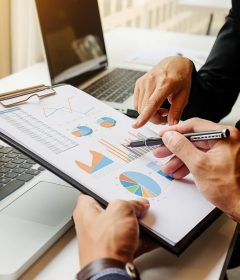